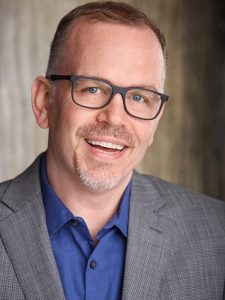 Jonathan began his career with British Airways in 1989, spending a short time in the UK before moving overseas to manage a number of airport operations in South Africa, Indonesia & the People’s Republic of China.

In 2003, Jonathan moved to Los Angeles to start a commercial role managing corporate, agency & entertainment accounts in California & Arizona before moving back into the operation to manage the BA airport team at LAX in 2005.

In 2007, he changed direction by helping to start-up a brand new airline, Caribbean Airlines based in Toronto as their General Manager in Canada responsible for commercial and operational activities.

Jonathan returned to California in 2009 to work with Worldview Travel as Director of business development responsible for airline relationship management and contract negotiations. In 2010, he returned to familiar ground by rejoining the British Airways commercial team in Los Angeles, and in March 2012, he joined the Air New Zealand commercial team in Los Angeles, managing the airline’s North American corporate sales team.

In 2015, joined TravelStore as their Director of Client Services before heading-up Corniche Travel’s sales & client services team in 2016.

Any cookies that may not be particularly necessary for the website to function and is used specifically to collect user personal data via analytics, ads, other embedded contents are termed as non-necessary cookies. It is mandatory to procure user consent prior to running these cookies on your website.